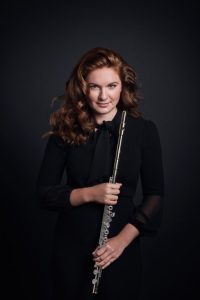 Named “Breakthrough Artist of the Year” at the 2019–2020 Prix Opus Gala event and Grand Prize winner of the coveted Prix d’Europe in 2013, flutist Ariane Brisson consistently captivates audiences and critics alike with the finesse of her playing and the sincerity of her interpretations.

Principale Flute of the Orchestre symphonique de Drummondville and the Grands Ballets Canadiens, Ariane has performed for several years with the largest orchestral ensembles in Quebec, including Les Violons du Roy and the Orchestre symphonique de Montréal, regularly touring North America, Europe, and Asia. Ariane also performs as a flutist with the wind ensemble Pentaèdre, of which she is the Artistic Director.

Tell us about your musical journey, from your earliest experiences to the present. Our readers would like to understand what brought you to music.

I started playing the flute at the age of 7, simply because I had a certain ease with producing sounds on the instrument — it was only a few years later that I realized that the flute was not such an easy instrument to play!

It was at an OSM youth matinee I attended during my first year at Joseph-François-Perrault high school that I became convinced that I wanted to become a musician and play in an orchestra to earn a living—I was determined to do it, at only 12 years of age!

Consequently, I entered the Conservatoire de musique de Montréal, where I acquired the basics of the music profession and developed my instrumental playing. Then, at DePaul University’s School of Music, I was encouraged to find my own voice: that’s where many of the elements that shape my artistic identity today originated.

And most recently, through curiosity, I embarked on doctoral research into flute performance and pedagogy at the Faculty of Music of the Université de Montréal.

This summer’s program allowed you to meet several international players in the classical music world. What do you take away from these meetings and how do you think they will guide you?

We had the opportunity to discuss a multitude of inspiring elements during this week-long mentorship, and all had one thing in common: authenticity.

What impact has the Festival de Lanaudière had on your life?

I first attended the Festival in the summer of 2007 as an intern in the Camp musical Père Lindsay, where I had the opportunity to attend a concert in the Amphitheatre.

Ten years later, in the summer of 2017, I had the pleasure of playing there for the first time in a joint concert with Les Violons du Roy and I Musici, conducted by Bernard Labadie and Jean-Marie Zeitouni.

Since then, I have had the immense privilege of returning to the Festival every summer, either with the OM, the OSM, Les Violons du Roy, or other ensembles. The Lanaudière Region is now associated with many musical memories and remains close to my heart, all the more so since my partner’s family lives there!

Which concerts of the 2022 season impressed you the most?

Several concerts of the 2022 season were outstanding for me! First, Rafael Payare dirige Daphnis and Chloe with OSM Daphnis (my first Daphnis with an orchestra). I also loved Rossinimania ! with Ariane Matiakh conducting. But I retain an indelible memory of the Epic Wagner concert with the OM, Yannick Nézet-Séguin, and three incredible singers (Christine Goerke, Brandon Jovanovich, and Franz-Josef Selig). Breathtaking!

Why would you recommend that young performers participate in a networking program such as the one offered at the Festival de Lanaudière?

The mentorship program came at an opportune time in my career development: it allowed me to deepen my thinking and to confirm other orientations. The discussions with major players in the international music industry who came to the Festival were hugely important, but so were those with other interns in the program.

To have the chance to forge strong ties with young musicians of my generation, to extend the discussion beyond the planned meetings by sharing our doubts and questions, and to collectively develop ourselves at this pivotal moment in our careers, with everything informed by mutual encouragement, together form a truly precious gift.

In a few years, what do you think will be the most memorable part of your experience with the Festival program? 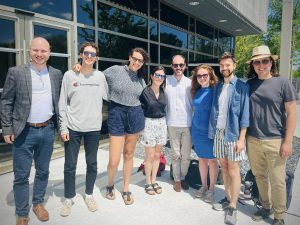 Two things will always stand out from my experience: first, the relationships I have built with both the music industry players and the young talents with whom I shared this wonderful experience. These relationships are, in my opinion, very rich and important in my life. On the other hand, the importance of authenticity will remain, I hope, central in the development of my career, but also of my individual path ahead, and will propel me forward for many years to come!

The Festival de Lanaudière’s mentoring project is made possible through the generosity of the Fondation Père-Lindsay and the Fonds Jacques-Martin. 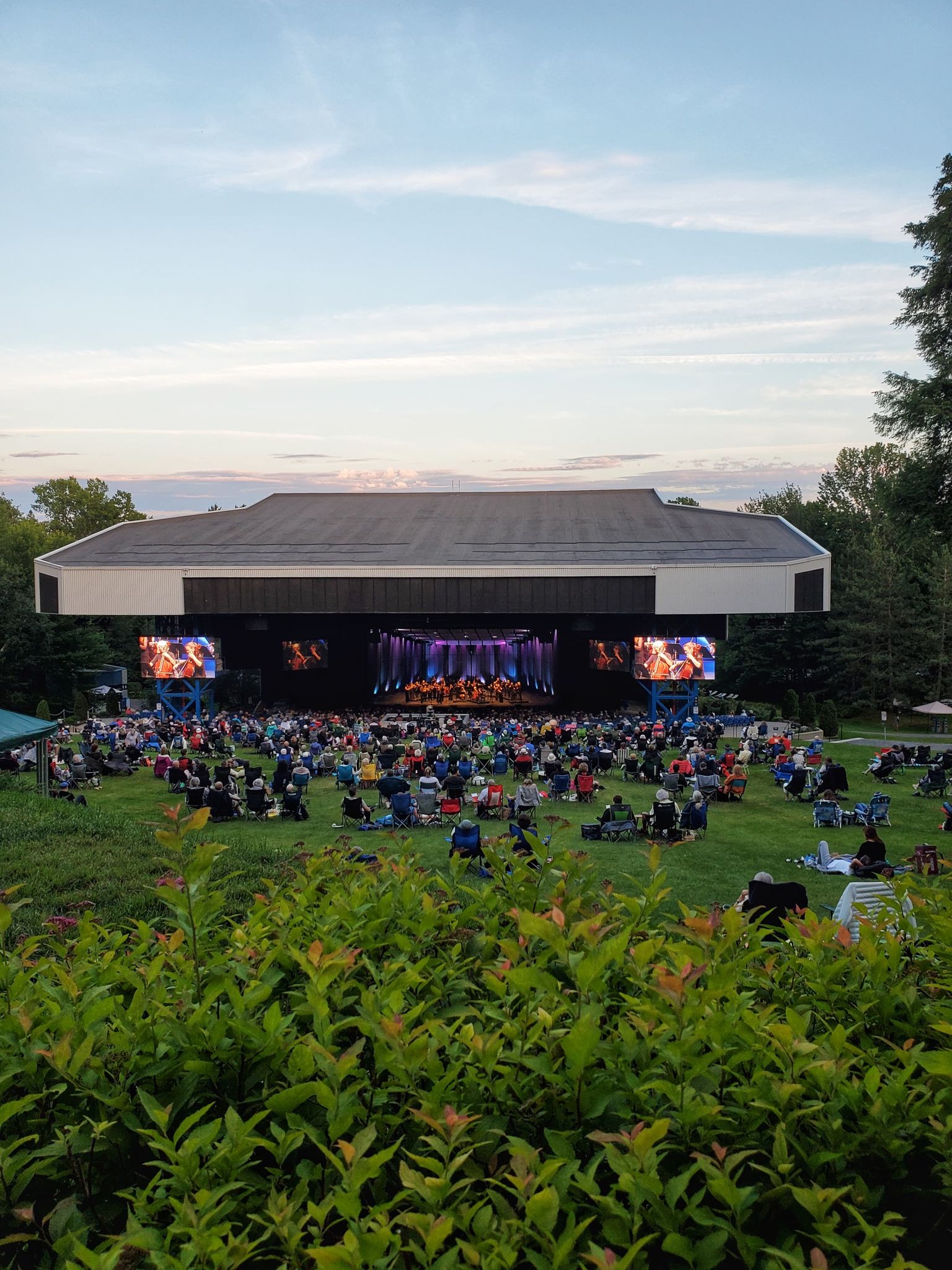