Festival de Lanaudière 2022: When an entire region resonates to the sound of classical music

An edition under the sign of rebirth with international stars, fabulous local artists, a new series of concerts … and the return of large audiences!

Joliette, April 28, 2022 From June 30 to August 7, the Festival de Lanaudière presents its 45th edition, at once resolutely international and deeply rooted in Lanaudière. Faithful to the vision of its founder, Fernand Lindsay, the Festival reunites today’s greatest artists with music lovers in the unique atmosphere of Lanaudière’s warm summer evenings.

“In this world of upheaval, music has become humanity’s refuge,” says Renaud Loranger, the Festival’s Artistic Director. “The Festival is a plea for a rebirth through culture and beauty, for a resurgence of the values of dignity and benevolence through timeless art. If the trials and tribulations our planet is going through are upsetting the balance of power and changing modes of perception, music remains an unshakeable haven of authenticity.”

This year, the Festival will present fourteen major concerts at the Amphithéâtre Fernand-Lindsay, ten concerts in the most beautiful churches of Lanaudière and a new series Hors les murs emphasizing the next generation and the richness from the Lanaudière region. Four free screenings of musical films at the Fernand-Lindsay Amphitheater will complete the program.

Also new this year, the Festival welcomes Benoît Brière, one of Quebec’s most beloved actors, as its Spokesperson. “I am honoured to be appointed as the ambassador of an event that I love so much,” Brière reacted. “I have had the privilege of working with Father Lindsay through my family’s involvement in the music world, and I know from experience that the summer evenings at the Festival and in Lanaudière are like no other. As Father Lindsay used to say: ‘In the summer, music lives in Joliette!’”

Programming at the Amphithéâtre Fernand-Lindsay

Opening the Festival is the Orchestre symphonique de Montréal and its Music Director, Rafael Payare, back after a memorable concert in the summer of 2019 where he won over audiences, critics … and musicians alike! On the eve of their tour, they join the incomparable violinist Hilary Hahn to perform two programs in which they will triumph on their South Korean tour:

Then, on Saturday, July 9, Mozart and Hamelin: A Pinnacle offers a unique encounter between two essential Quebec pianists: Charles-Richard Hamelin and Marc-André Hamelin. Performing together for the very first time, they will be joined by Les Violons du Roy and their founding conductor Bernard Labadie in Mozart’s exquisite Concerto for Two Pianos. Presented by Power Corporation of Canada.

On Sunday, July 10, it’s The Return of Canadian Brass, the world’s best-known brass quintet, to meet the Lanaudière public for the first time in 27 years. This program ranges from Bach’s Brandenburg Concertos to the heights of Dixieland, through some of the best-known and best-loved melodies of the entire repertoire.

On July 15, 16 and 17, the German orchestra Akademie für Alte Musik Berlin (Akamus) takes audiences on an extraordinary journey through the music of Beethoven. These three concerts mark the return of great international ensembles to the Festival The programs, not presented anywhere else in North America, will shed new light on one of the greatest musical geniuses in history by placing his symphonies in dialogue with the music of his predecessors and contemporaries:

On July 22 and 23, renowned French pianist Pierre-Laurent Aimard will be at the Amphithéâtre for an extraordinary experience. In four blocks spread over a 24-hour period, he will perform Olivier Messiaen’s Catalogue d’oiseaux, a monumental hymn to nature that conveys the breathtaking beauty of the earth and the magic of birdsong. At a time when the world is dismayed at the destruction of nature, this event will offer a unique tour de force never before attempted at the Festival. Presented by the Gouvernement du Quebec.

Then, on July 24, the current members and many alumni of the Orchestre symphonique des jeunes de Joliette present an anniversary concert originally planned for 2020, celebrating the 50th year of this flagship ensemble. A testament to the Festival’s deep roots in Lanaudière, the event reunites with an orchestra whose service as a rich breeding ground for musical talent throughout Quebec cannot be questioned. In collaboration with FADOQ Lanaudière.

On Friday, July 29, Rafael Payare and the OSM present Ravel’s Daphnis et Chloé with the OSM Chorus and the Festival’s Choral Ensemble, while the great pianist Jean-Yves Thibaudet makes his Lanaudière debut in Scriabin’s Prométhée. It is also another premiere evening featuring Elysium, a large-scale work by Quebec composer Samy Moussa, co-commissioned by the Vienna Philharmonic Orchestra and the Festival de Lanaudière. Presented by Desjardins

On Saturday, July 30, William Christie and Les Arts Florissants present Handel’s L’Allegro, il Penseroso ed il Moderato. The “Pope of the Baroque” and his ensemble will perform the composer’s sole “pastoral ode” in harmony and pleasure, in their Festival debut and exclusive North American engagement. Presented by the Pierre Desmarais Belvedere Foundation and the Stéfane Foumy Foundation.

Sunday, July 31 delivers vocal fireworks with Rossinimania! This collection of arias, duets and trios from operas, a loving tribute to Rossini, is performed by tenors Lawrence Brownlee and Michael Spyres. The latter dazzled audiences during hisvisit in 2019. They will be joined by Quebec mezzo-soprano Rihab Chaieb, and accompanied by the Orchestre Métropolitain (OM) conducted by Ariane Matiakh Presented by La Presse.

The Festival concludes with the OM and its Principal Conductor Yannick Nézet-Séguin. On Saturday, August 6, it’s time for Epic Wagner! Soprano Christine Goerke, tenor Brandon Jovanovich and bass Franz-Josef Selig, three of today’s greatest Wagnerian singers, will perform the first act of The Valkyrie. This concert builds on the resounding success and memorable versions of Lohengrin in 2013 and Parsifal in 2017. Also on the program is the suite from Debussy’s Pelléas et Mélisande. Presented by Desjardins.

Then, on Sunday, August 7, Nézet-Séguin and Grimaud close the Festival with a dialogue between Mendelssohn and Schumann, each of whom, in his own way, bridged the gap between the sublimated classical form of Beethoven and Wagner’s soaring flights. This will be an exciting encounter between Yannick Nézet-Séguin, the OM and the sublime pianist Hélène Grimaud, in her Festival debut. Presented by Yamaha.

Concerts in the intimacy of Lanaudière churches

New! Out of the Box Concerts!

From July 7 to 26, five concerts in an unusual format will take place in venues truly off the beaten path. The spotlight shines on up-and-coming artists, rooted in the Lanaudière Region, and on the discovery of the region’s rich agrotourism scene.

Thanks to the Festival’s Partners

The Festival de Lanaudière would like to thank its main partners, who contribute directly to maintaining its high artistic and customer service standards: Presenting Sponsor Hydro-Québec, in collaboration with La Presse, the Government of Québec, Tourisme Québec, the Government of Canada, the City of Joliette, Desjardins, Yamaha Musique, Power Corporation of Canada, Ratelle, Air Canada, Canimex, the Société de la Place des Arts, the Fondation J.-A. DeSève Foundation, the Azrieli Foundation, the Sandra and Alain Bouchard Foundation, La Fabrique culturelle, the City of Notre-Dame-des-Prairies and the municipalities of the region, including Saint-Charles-Borromée, as well as its many partners in the fields of culture, media, hotels, and restaurants. 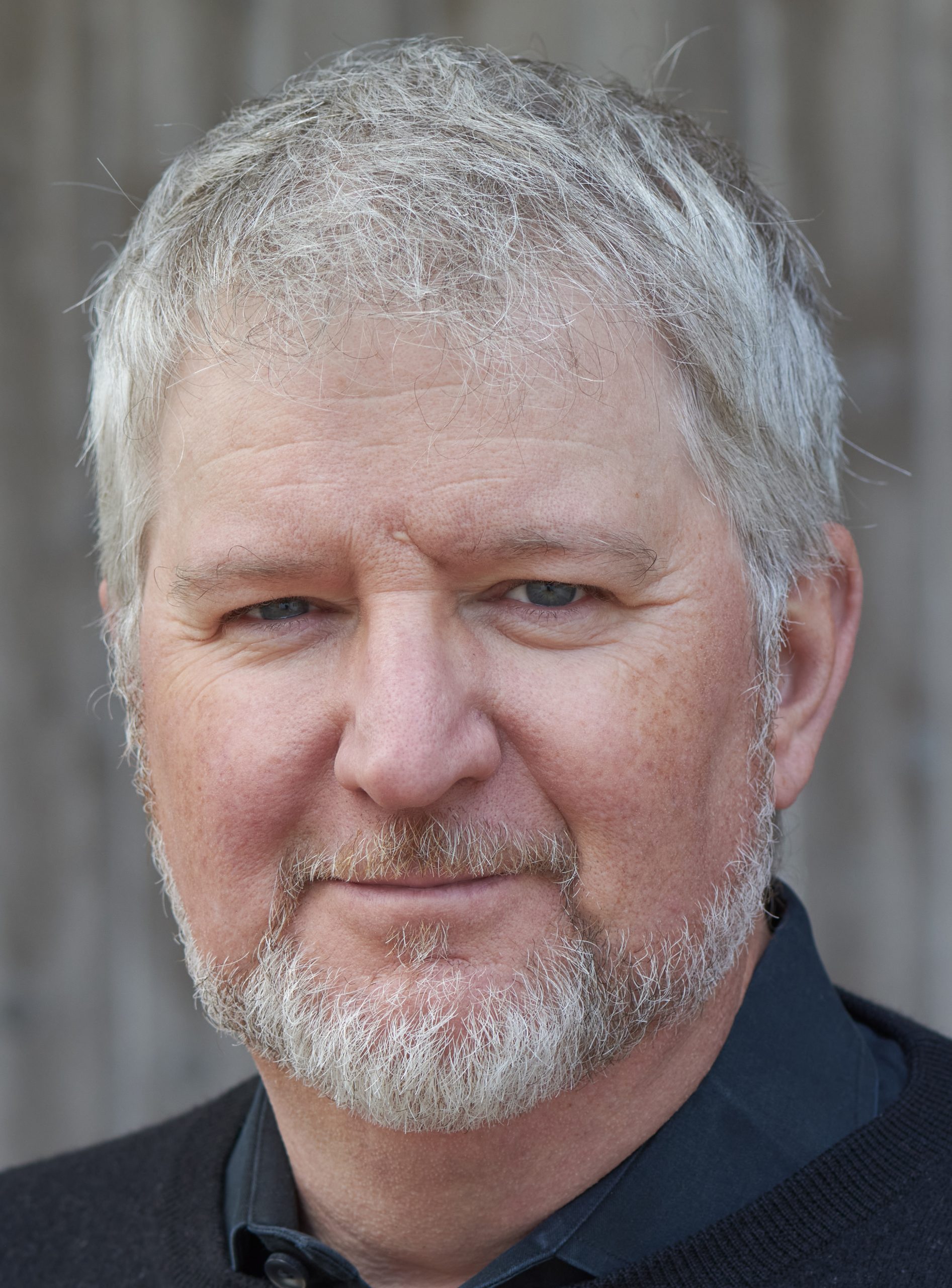 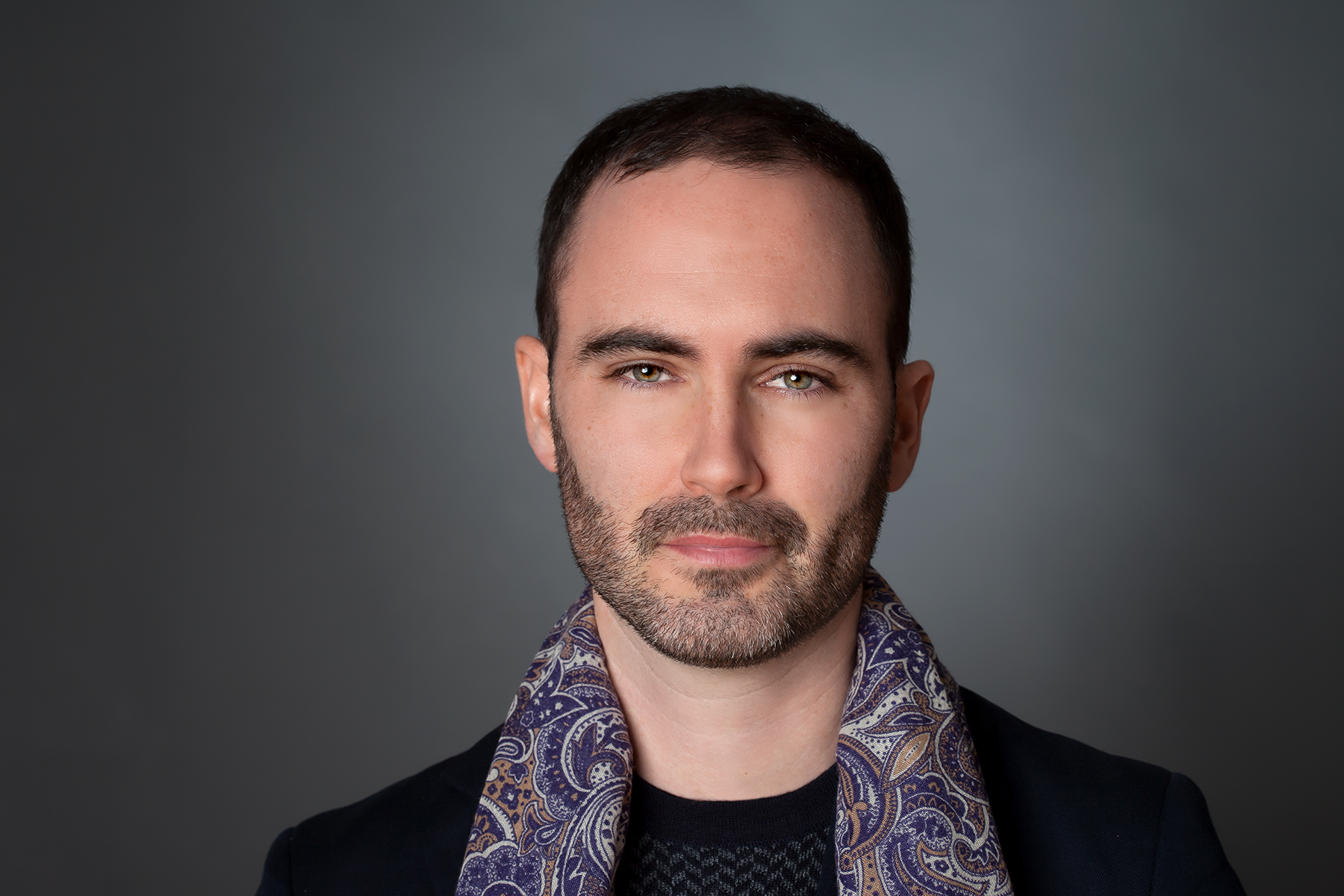 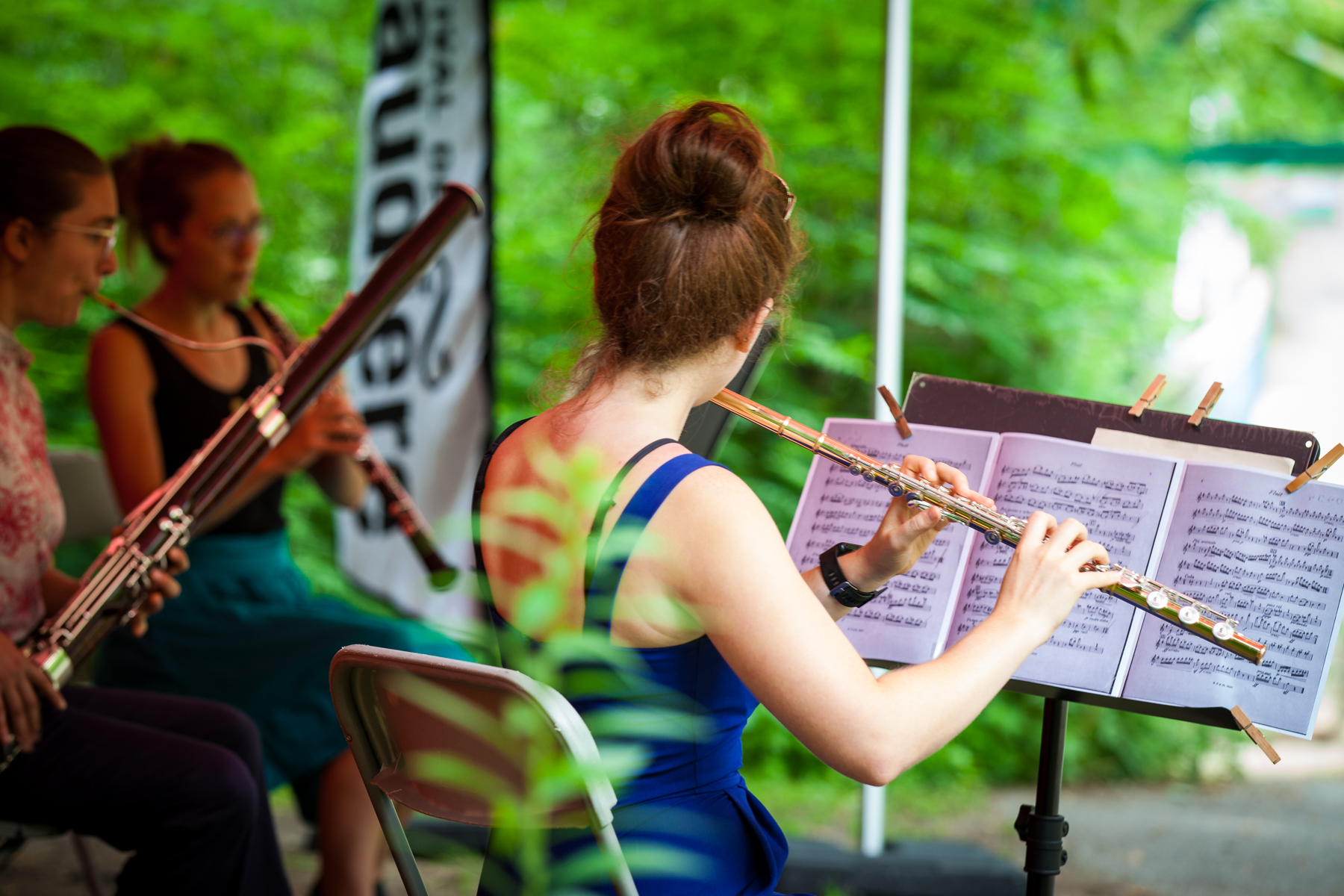 Jacques Martin: A music lover of deep commitment and an outstanding contribution 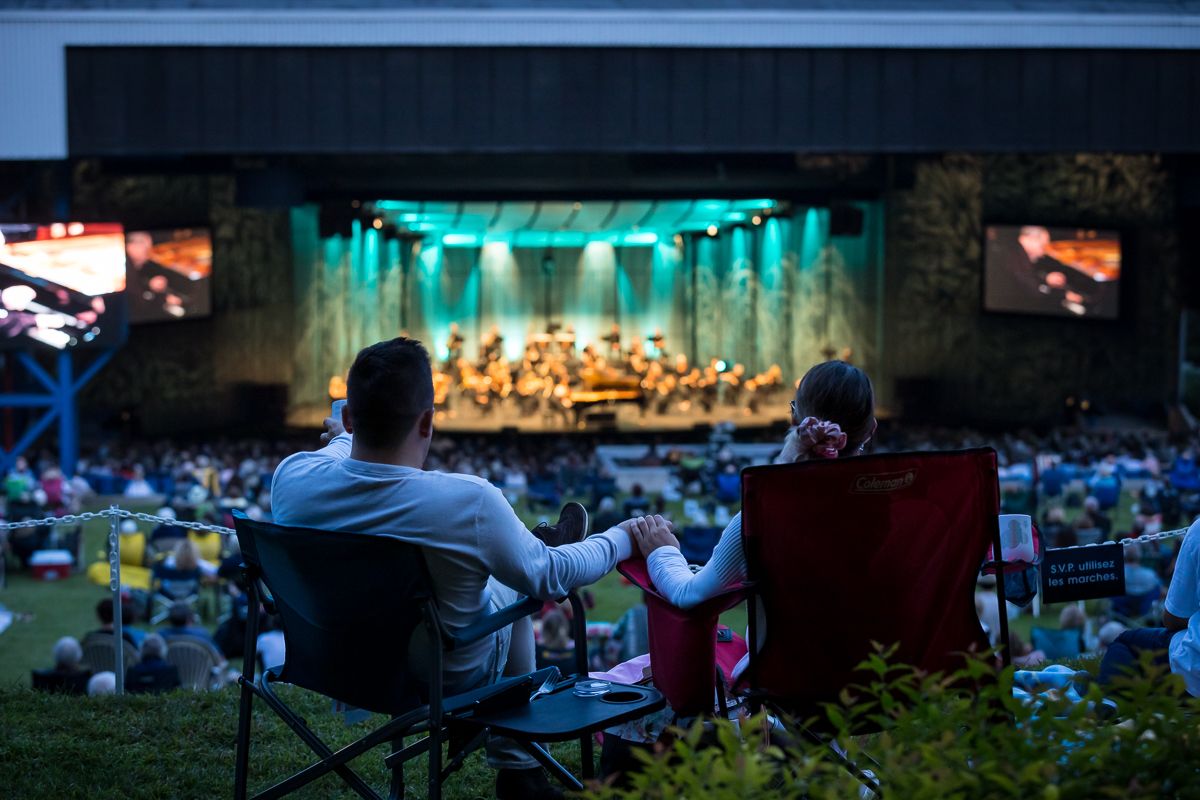 Week One at the Festival de Lanaudière: Two grand opening concerts with the OSM and Rafael Payare 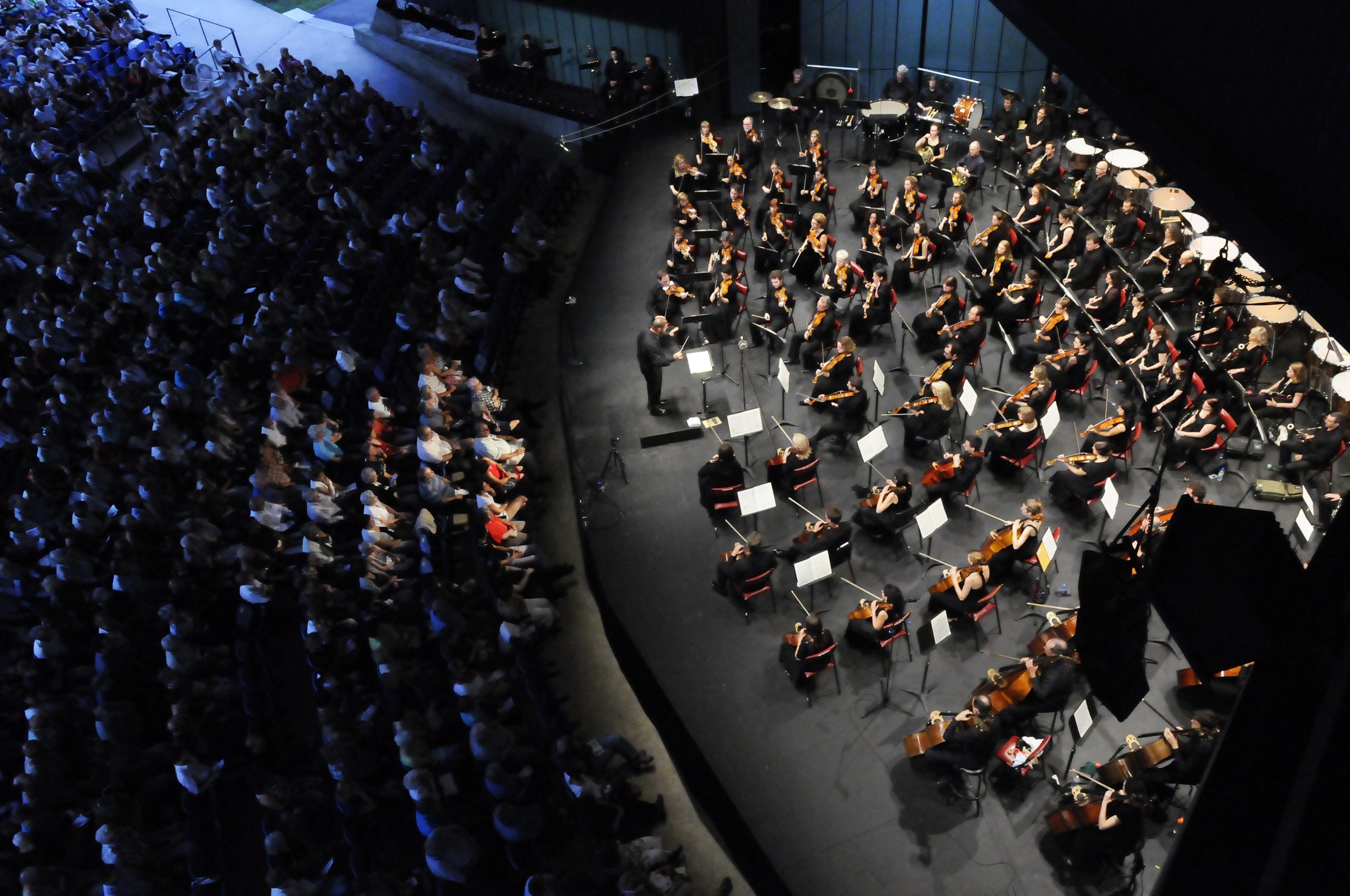 Festival de Lanaudière 2022: When an entire region resonates to the sound of classical music 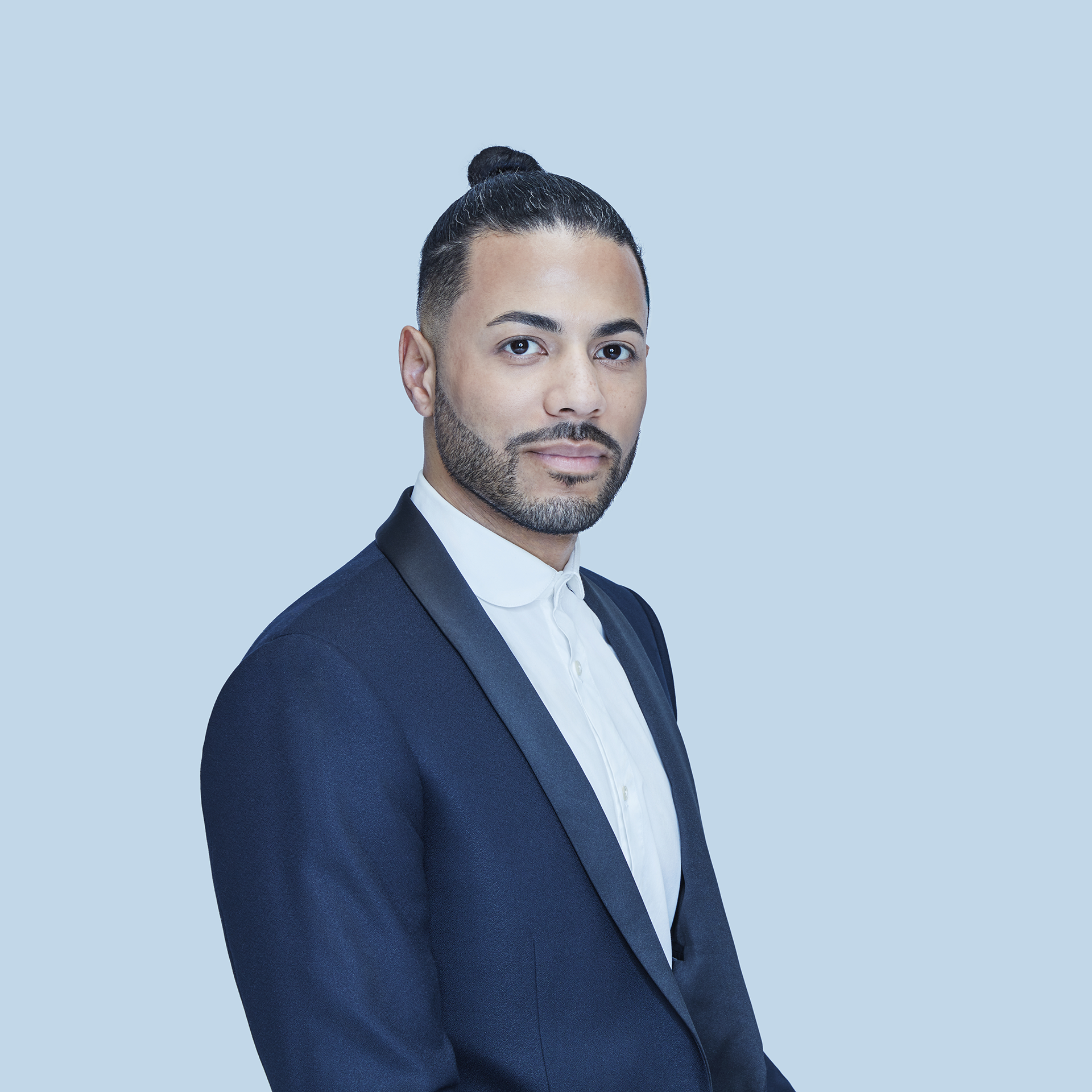 Week One at the Festival de Lanaudière: Two grand opening concerts with the OSM and Rafael Payare

Be the first to know about our news
BY SUBSCRIBING TO THE NEWSLETTER!
SUBSCRIBE
Facebook-f Linkedin-in Instagram